If you do the math, we're running behind. We're 2/3 of the way through the year, and we've only launched 1/3 of the products we need to.

As of this writing, there's ~16 weeks left in 2018. That means we'll have to launch a product a week for the rest of the year. A little crazy, but we're going to give it our best shot.

We think we can pull it off, and want to be as transparent and open about it as possible.

This post is about how this challenge works, how we're tackling it, and why we're doing it in the first place.

To start, we're building 24 businesses in 12 months. The foundation of each 'business' is a profitable product that 1.) makes money on day one, and 2.) doesn't require excessive internal operations to run.

While we're experimenting with different business models, we're niching down to subscription products. Not SaaS exclusively––a few of the products we've launched so far are software-enabled subscription services (aka productized services).

These services are software-enabled in that––in order to scale revenue / the number of customers we can service––we need to build better internal tools and optimize product.

The products we build must be able to scale to meaningful revenue numbers without increasing the number of people operating them.

We're a team of 3 in NYC. Aaron is a full-stack engineer who before West Vesey (our umbrella brand for these businesses) was a published cancer researcher at UC San Diego, a salesperson for a public semiconductor company in SF, then a student at Dev Bootcamp in NYC.

David is a full-stack engineer from Massachusetts who skipped college to go to Hacker School (now called the Recurse Center), then worked at Slash Keyboard until they were acquired by Giphy, where he now splits his time.

I'm a 21 year old product designer & growth marketer from Montana. I moved to NYC with nothing when I turned 18, then made a fake 'Tinder for fighting' app that went viral. My roommate and I leveraged that to build a small creative agency backed by the Founder/CEO of Giphy.

Aaron & I met in a coliving house of 20 entrepreneurs in Brooklyn 3 years ago and have been collaborating ever since. Last year, we started a company called Athena AI where we built prototypes of a product that crawled Google & Wikipedia to build custom curriculums personalized for users based on their learning history and aptitudes.

The project was very ambitious. After raising some friends & family and spending a year working on it, we decided to icebox it to focus on sustainable, profitable products.

We reached the end of our runway in December 2017. I had $18.29 left in my personal bank account, and about a week to live. In a few days we built a super simple landing page, hooked up Stripe, and launched a product called Aidem Network.

Because we needed to build Aidem Network so quickly, we didn't intend to build something completely original. We combed through Product Hunt for successful launches in our niche––that we guessed had made money––then mimicked them. (More on the illusion of "originality" in a later post.)

The proposal was really simple: you'd pay us $49 to $499 and we'd submit your product to hundreds of SEO directories, startup communities like BetaList, and media outlets like TechCrunch.

After this, working on one product for a year with no revenue seemed absurd.

After launching another product that didn't make money, we launched a refined pivot of Aidem Network called Howler.

Howler is a simple service that helps startups get press by matching them with hyper-targeted journalists from our database of ~500k journalists (categorized by tags indicating what they're likely to write about next based on what they've written before, where they write, and what they tweet about).

Howler is a full-service PR solution: we match you to journalists, help you write your press pitch, then manage a full-blown email campaign to them. Subscriptions started at $149/mo. (The price has since changed.)

We launched on Product Hunt and hit #4 for the day––February 27th. However, on the first day, we only had one order.

We store our 500k journalist records in Algolia, which at the time was costing us a few hundred dollars a month. We got tired of spending the money, so we sought out a way to turn the data itself into an asset that brought in more than it burnt.

We built a simple interface to search through all the data, then hacked together a user registration & paywall system with Memberful. We named it Press Hunt and launched it on Product Hunt on March 29th. We got #5 for the day and made a modest $136.

However, when we launched Press Hunt we branded it as "Press Hunt by Howler", sending >90 targeted leads to Howler in one day.

Press Hunt ended the month with ~$1,400 MRR––well more than Algolia's hosting cost we were initially trying to subsidize.

We've built a few more products since (including large updates of these), but you get the point: each product we build is minimal, profitable, software-enabled, and complementary to the products we built before.

When we were working on Athena, fundraising was crucial. If we didn't raise enough, we'd die––and profit was likely a few years away.

Having a dependence on outside resources incentivizes bad behavior. Instead of launching your product as quickly as possible, to survive in the short run it's more rational to inflate the purpose of your product to pander to investors. Investors seem like a quicker path to cash than actually selling your product.

There's nothing inherently wrong with this game. But if you don't have sufficient personal resources, you're playing a losing game.

Your incentive is to maximize cash through VC, and the VC's incentive is to minimize investment risk. A broke startup founder who hasn't built a solid financial foundation for themselves and has nowhere else to go is not a low-risk investment.

Media's narrative about entrepreneurship where "founders survive on nothing but ramen for years then suddenly become billionaires" is deceptive. These founders aren't eating ramen because that's all they can afford, they're eating it because they're trying to maximize their runway.

'Ramen-eating startup founders' aren't an example of poverty, but rather disciplined spending.

Anyway, we realized we weren't in a strong position to win the game we were playing, so we changed games.

Instead of dedicating our lives to one product, we decided to just focus on maximizing our income. You know, some classic Adam Smith invisible hand shit.

Obviously the quickest way to make cash in the market is selling your time as a discounted, no-strings-attached employee––the agency model. But selling time for straight cash is a bad arbitrage.

You only get so much time, so you should spend it on things that have a long-run return. Eventually, assets compound and grant you independence.

In other words it's better to spend 50 hours building a $5k MRR business than to sell development services for $100/hr. The business will return income for you forever, so long as you tend to it every now and then. If you sell your time in the agency business, when you run out of the $5k you'll need to sell another 50 hours for more.

We'd rather spend our time on things that independently return assets over things that are dependent on our time to return assets. So we set a rule against the agency model and vowed to only invest our time, never sell it.

Setting the goal of 24 businesses in 12 months forces us into specific circumstances.

We can't waste time making our products perfect. We can't launch time-dependent products (because we don't have enough time to effectively run 24 businesses at once). We bias towards (relatively) low-risk, high-return products.

"But what about quality vs. quantity?"

We stay inside of our circle of competence. That doesn't just mean we only build a certain kind of product, but also that we only sell to one market. All of our products are 1.) technically similar (or at the very least complementary), and 2.) used by the same people.

We build products that help other people build, sell, and grow their own products. We're not building consumer products or social networks.

We're building products for people like ourselves. This gives us more clarity on what's minimally viable and a lower error rate.

Market focus compounds our growth efforts. After one of our users raises money with Investor Hunt, they may want to share the news with hundreds of journalists via Howler.

This also means all our products have the same distribution channels. Learning how to grow in one channel, or building our reputation in another, has a compounding return for each product we launch.

Technical focus compounds our engineering efforts. Often when we build one new feature we're able to integrate it into all our other products. Or, in building one product, we have to build a set of features that could be launched on its own (Press Hunt for example).

Essentially, our hypothesis here is that our market focus will allow us to grow organically while sustaining short-run costs; and our technical focus will allow the quality of our products to increase with the more products we build.

In other words: the more products we build, the better they'll get and the more people will buy them.

When I tell people about this challenge, and how much money some of our products have made so far they ask:

"Why don't you just do this challenge until something works then go all in on that? You know, like Pieter Levels did. You could grow something from $5k MRR to $50k MRR."

Most of the successful products we've launched so far experience up to a few months of organic hands-off growth before dipping into a slump. If we were to invest a ton of our resources into the long-term sustainable growth of one product, we think we'd be able to grow them into a larger 5-figure MRR businesses.

There are a few reasons why we're not doing that aggressively right now:

We're 8 months into the challenge now. We've mostly stayed away from documenting our journey through it as actually completing this challenge is our top priority.

I have, however, taken extensive notes on everything we've learned. While shipping is still our top priority (and we're currently running behind), I believe we now have enough content to publish once every two weeks until the end of our challenge: December 31st, 2018.

And for the record, we're treating this blog––as long as we maintain it with a new post every 2 weeks––as one of our products. While we don't intend for it to be a profitable business on day 1, it amplifies everything else we build. That means we only have 15 products left. 🙂

Moving forward, we're going to be more transparent about our progress. We're openly publishing our revenue & traffic numbers on my Indie Hackers profile, and our progress & everything we're learning on this blog (subscribe for updates).

You can also find a list of all our launches here. As of this writing, these are our revenue numbers (all time).

Get the latest posts delivered right to your inbox 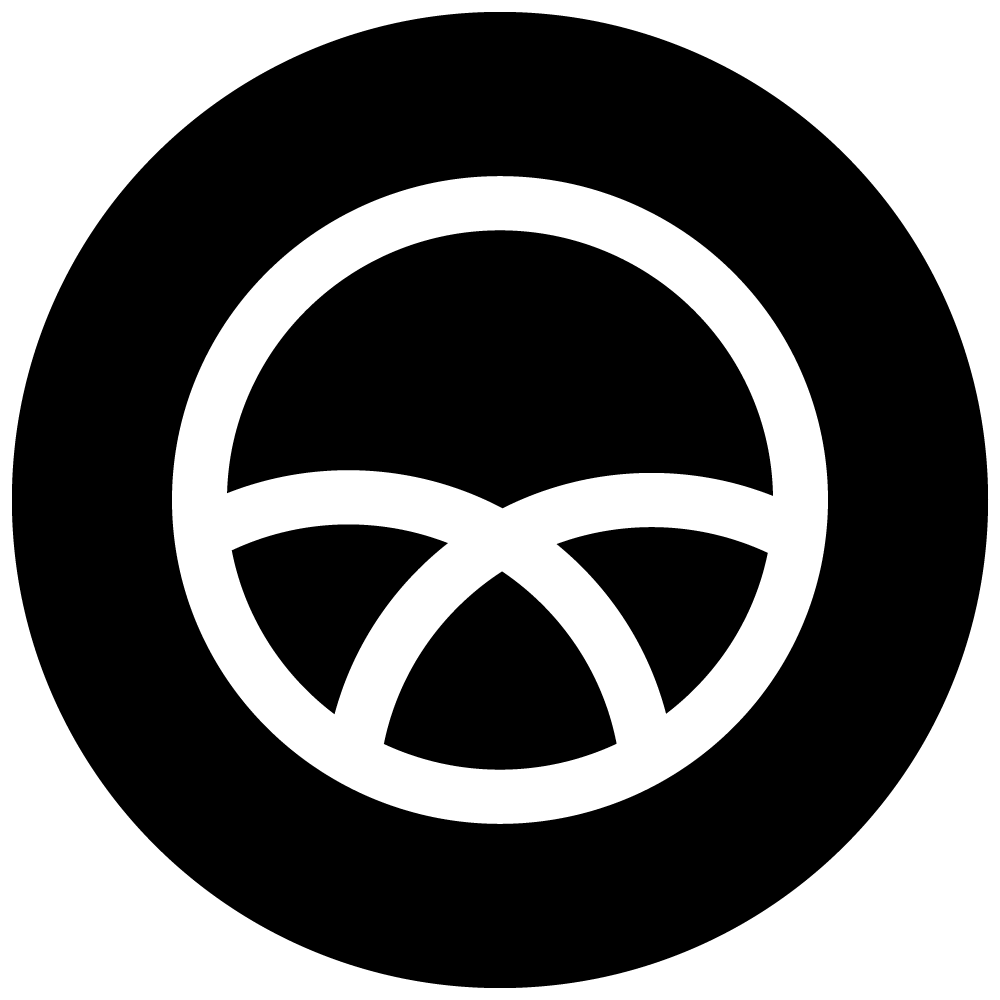 Stay up to date! Get blog posts, products, and discounts delivered straight to your inbox 🚀